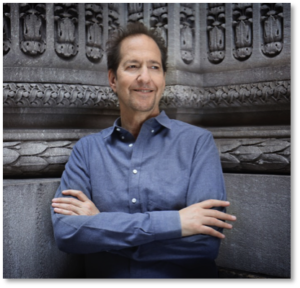 Acclaimed jazz pianist Michael Wolffhas confirmed a February 7th, 2020 release date for his joyful new album, ‘Bounce’. Exuberant, beautiful and able to convey a range of emotions, ‘Bounce’ reflects Wolff’s upbeat state of mind following his ‘miraculous’ recovery from aggressive cancer. He comments, “Isn’t it great to be alive?  I’m celebrating life every day. This album is dedicated to that celebration. Come Bounce with us!!!!!! I have the good fortune to play with these fantastic musicians: Ben Allisonon bass and Allan Mednardon drums.  Their playing, ideas and vibes imbue this music with creativity and soul. It’s really a listenable album.  I thought about what I’d like to listen to at home, and tried to make that album.”

‘Bounce’ will be released by Sunnyside Records, and features an engaging range of songs, including the aptly named ‘Cool Kids’, written by Wolff’s son Nat (and featuring Nat on lead vocals as well). Other tracks evoke ‘West Side Story’ or nods to the Great American Songbook. Album highlights include the memorable title track, the lovely ballad ‘Long Lost’, the strong ‘Caribbean Rain Dance’ and ‘Omar Sharif’ by David Yazbek, from THE BAND’S VISIT musical. In all, the album is mostly original compositions by Wolff, a tune by Ben Allison, and two covers: ‘Omar Sharif’ and the standard, ‘You and The Night and The Music’.

Wolff notes, “‘Bounce’ is filled with music like the music I grew up listening to and playing. It transcends jazz and it feels like the best album I’ve ever made. It also comes at such a perfect time for me. It expresses my inner soul and the joy of living and making music. It’s the most important release of my life.”

The upcoming album and new tour dates mark a fresh start for Wolff, following his recent recovery from cancer. He comments, “I’m so happy to be back playing and recording and feeling well again. It’s been a monstrous journey, which I wouldn’t wish on my worst enemy.  But the outcome is miraculous.”

Wolff will be joined by Ben Allison on bass and Jeff Boudreaux on drums.

Wolff will be joined by Ben Allison on bass and Allan Mednard on drums.

Line-up to be announced –

Wolff will be joined by Peter Erkskinson drums.

Wolff’s last album ‘Swirl’ hit #1 at Jazz Radio. With ‘Bounce’, he has created a new, memorable piece of art. He describes the approach:“The vibe is concentrating on beauty.  We worked on playing with energy but made sure to have a lot of feel and grooves in the music.  A lot of Brazilian and Latin-influenced grooves along with some straight ahead, and a new ballad of mine. Allan Mednard on drums is a one of a kind drummer — so sensitive and grooving at the same time.  He makes up his own beats to everything. And Ben Allison is a master on the bass, original, melodic and in the pocket.”

BOUNCEis a combination of Latin, Funk, and Jazz.  On the Bridge I was making sure to open up the composition and have a nice space for the drums to play. Ben Allison came up with a funky bass approach and it all came together. I love the feeling on this.  I think it embodies everything I am and have been as a pianist.

CHILL. Originally titled Cool, I wrote this when I first heard LL Cool J’s “Round the Way Girl”.  I love that song so much.  I wrote these eight chords that repeat over and over, the way current pop tunes do. We use a light hip hop jazz beat that Allan plays  and the melody is actually kind of be- bop. (I would have liked Miles to have played it using the Harmonmute). Another amalgamation of styles! And it feels so laid back and bluesy. Hence the name. Check out Ben’s evocative bass solo.

CARIBBEAN RAIN DANCEis a song influenced by the grooves and feel of the Caribbean Islands. I played a lot of that island-influenced jazz when I was with Sonny Rollins’ band.  I’ve gotten to spend a lot of time in the Caribbean listening to the music there.  This is my trio version of those type of grooves. The second section of this song is based on the concept of negative harmony. The chords are the circle of fifths going backwards. And we modulate the whole song up a half step after the bridge each time. This song makes me happy.

LONG LOST. Here’s my idea of a Jazz standard.  It is a tip of the hat to the rich world of the Great American Songbook.

RESUSCITATE Consists of five different short sections. I called out the different letters I had assigned them, from A to E.  After a while the basic order became clear to the trio.  I still retained the right to call different sections as I felt them.  We did a couple of disparate (not desperate) takes, and this is my favorite.  So many thanks to the great Joe Zawinul for his ideas on stretching out melodies by playing between different melodic ideas. The actual meaning for me of Resuscitate was from when I was in the ICU a few years ago and there was not much hope. I looked around at all the other patients and saw they were all hooked up on devices that were keeping them alive. When the doctor asked my wife if we had a Do Not Resuscitate, I raised my head and said, “Resuscitate me!”

COOL KIDS was written by the great singer/songwriter/actor Nat Wolff.  I’ve known him since he was born.  He and his brother Alex recorded this song recently on their new single.  I was playing around with it on the piano and Nat walked over and started singing it with me. The next time the trio was playing at Mezzrow in NYC, Nat was in the audience and agreed to come up and sing it with us.  Our producer John Newcott came up afterwards and immediately said, “That song is going on the next album.”  I’m so thrilled to have my son on this album.  It’s a dreamy song and he sang it so movingly.

YOU AND THE NIGHT AND THE MUSIC This is a killing standard.  I arranged it so we could just burn and feature Allan Mednard on some great soloing. There is no rhythm section I dig more than Allan and Ben. These guys play every song with the feel and mood of what is required. They create the moods and the feels.  And no matter what crazy shit I play, they’re always right there with me!

MILTON Ben Allison wrote Milton after he and I were discussing our next moves as composers and what our trio should play.  We decided to try for some truth and beauty, which Bill Evans always championed. Ben loves the great composer Milton Nascimento. Hence, Milton. The melody is gorgeous and the groove lays nicely.  I love the way Allan and Ben play this feel.  Ben’s solo is a beauty.

PICASSO I wrote Picasso after coming up with the first vamp in 7/4.  I played around on those chords for a while and a melody presented itself.  Then the bridge in 4/4 presented itself.  I was just along for the ride.  Allan plays almost all of the song with mallets on the snare with the snares off.  I love the drum solo near the end. Ben and I play fifths for all of the A section together.  I love the way Picasso could take one little idea and paint rooms and rooms of paintings based on it.  He loved one painting by Vermeer, the Dutch painter.  I was once at the Picasso museum in Paris and saw the paintings he did based on that one painting.  I was thinking of Picasso when I wrote this song.

OMAR SHARIF This is one of the most beautiful songs ever in the most soulful and meditative musical ever written.  The musical is called The Band’s Visit. It’s the story of an Egyptian police band that is traveling to a small town in Israel to play at that town’s cultural center.  They take the wrong bus and end up in a tiny town in the middle of nowhere.  The townspeople take them in for a night while they’re waiting for the next bus to the correct city.  The whole story is about the relationships that come about that night between the Egyptians and the Israelis.  This song is sung between the conductor of the band, (played by the heartbreaking Tony Shalhoub) and the beautiful woman (played by the exquisite Katrina Lenk) who owns the only café in town.  When they take a walk that night, they realize they were both in love with films starring Omar Sharif.  This is their song of their own unfulfilled love. I’m not a stalker, but I’ll admit to seeing The Band’s VisitEIGHT times – once early on off Broadway and seven times on Broadway.  I would like to see it once a week. It was my meditation. The composer David Yazbek created music that weaves together many cultures, styles, sounds and feelings. He composed a masterpiece.

For more information about Michael Wolff, or to set an interview, contact SethCohenPR@earthlink.net