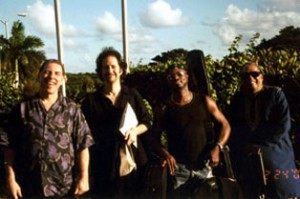 In the summer of 2015, a grueling and often bewildering four-year battle with a rare cancer had the acclaimed pianist-composer Michael Wolff on the ropes. He’d fallen into a coma at a New York hospital, and the prognosis had moved from doubtful to defeated. His sons Nat and Alex, in the midst of their ascent as two of the most talented actors of their generation, had returned home to be with their father and try to comfort him. They played guitars and sang at his bedside, tapping into the sweet, winsome gifts that had made the Wolffs a famous musical family nearly a decade earlier, via the hit TV series The Naked Brothers Band. At one point, as Wolff was being cared for by his wife, the award-winning actress, director and writer Polly Draper, a doctor asked her if she’d signed a Do Not Resuscitate order. Through the haze of drugs and debilitating illness, Wolff interjected. Lifting his head up, he growled: “Resuscitate me!”

“I guess it just wasn’t my time,” he recalls today, chuckling.

Indeed, Wolff had plenty more life to live and music to make—including Swirl, his radiant new Sunnyside piano-trio album featuring bassist Ben Allison and drummer Allan Mednard. Now 66 and completely free of cancer (and cancer medications), Wolff has seen his personal and creative outlook transform in the profound way that occurs only in those who have been, as the pianist puts it, “to the brink and back.” “My view of life, art and music has changed, developed, matured, widened and focused simultaneously,” says Wolff, who continued to practice and compose diligently throughout his fight. “I savor every day, every view, every person I love and every note I can play and hear.”

Swirl certainly bears out Wolff’s newfound appreciation for life’s lucid, unpretentious joys. “A lot of my priorities changed,” he says. “With my music, I still want it to be exciting, but I also really want everything to sound beautiful.” The essential component of that beauty lies in the pianist’s writing and arranging, which is at once inventive and evocative of your favorite jazz LPs. But an equally crucial reason why Swirl sounds so buoyant and brilliant is the rapport shared among the trio-mates—comfortable and flowing yet full of musical risk-taking, and always interactive. “I like to play with people I love; that’s really important to me,” Wolff says. “That vibe needs to be up there on the bandstand.” When it clicks, Wolff adds, the duties of a bandleader can feel effortless: “Having a group to me is like casting a movie: If you have the right people, you don’t have to say much. You just kind of do the work.” 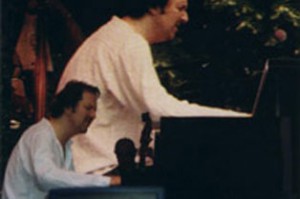 Swirl is a deftly programmed, smartly paced nine-track program, recorded live in the audiophile-worthy environs of the Yamaha piano salon in Manhattan. It kicks off with “Allison,” a gorgeous, ebullient, singing tune co-written by Wolff and his bassist; prior to the trio, the two musicians and New York neighbors developed deep chemistry as a duo. “Metairie,” named for the New Orleans suburb where Wolff has family he continues to visit, is a sly, inquisitive exercise in midtempo swing. “Jenny” was crafted in tribute to a friend who had also suffered with disease—and then rewritten after she found the first piece too dissonant. Following her feedback, Wolff went back to the grindstone with a new m.o.: “I’m going to try to write the prettiest melody I possibly can.” Boasting a blues-flecked groove and a simmering yet driving beat, “Tough Ashkenazi” takes its title from a conversation Wolff had with his pal and fellow pianist Fred Hersch. In 2011, Hersch revealed his own harrowing story of illness, in an innovative stage work called My Coma Dreams. “We’re some tough Ashkenazi’s,” Hersch told Wolff, citing the pair’s shared fortitude and Jewish roots, and causing Wolff to ponder the connection between those traits. “No,” Wolff replied with a laugh. “We’re some tough Ashkenazi motherf—ers.”

Wolff and company offer two expertly interpreted standards: an appropriately noir-lit “Angel Eyes” and a version of “I Didn’t Know What Time It Was” informed by McCoy Tyner’s take from the 1969 LP Time for Tyner. In the category of original-tunes-that-could-very-well-be-standards is “Goodbye Too Late.” A reflection on the death of Wolff’s father, who died suddenly and before his son could say farewell, the song begins in a stunning solo-piano mode before the rhythm section tiptoes in for a smoky, hushed ballad treatment. Allison’s tune “The Detective’s Wife” is tango-tinged postbop that showcases the bassist’s powerfully nimble ability as a soloist and his canny charms as a composer. Wolff’s affecting title track closes the album with mercurial, nearly disorienting contours that nonetheless remain alluring. “‘Swirl’ is a song I wrote during my illness, when I felt life swirling around me,” Wolff says. “I was inspired by Bill Evans’ admonition that ‘Truth and beauty [is all that matters].’” 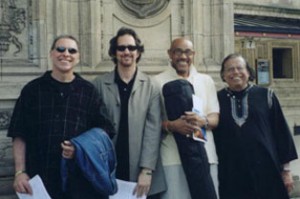 You might argue that Wolff has followed Evans’ dictum throughout his strikingly decorated career, and to hear him recount his storied c.v. can feel surreal, almost cinematic at times. Raised in Memphis, New Orleans and Northern California, Wolff attended college in Berkeley and L.A. but left early to become a professional musician, joining Latin-jazz great Cal Tjader’s band in the early ’70s. He spent the next two decades gigging and recording with a veritable hall of fame, from Tjader to Cannonball Adderley, Tom Harrell, Sonny Rollins, Nancy Wilson and many others. In 1993 Wolff made his leader debut with a self-titled release on Columbia, and he has since put out well over a dozen albums touting A-list players like Freddie Hubbard, Sheila E and Terri Lyne Carrington. During the mid-’90s, the nonpareil rhythm section of Christian McBride and Tony Williams anchored Wolff’s records Jumpstart! and 2 AM. Wolff & Clark Expedition, the pianist’s still-active collaboration with drummer Mike Clark, has released two collections of delightfully funky 21st-century hard bop since 2013.

Wolff became a part of pop culture in 1989, when he began a five-year tenure as the musical director of the lively house band on Arsenio Hall’s groundbreaking late-night talk show. (Yes, that was Wolff accompanying saxophonist and Arkansas Governor Bill Clinton in 1992, and backing the likes of Ray Charles, B.B. King, Patti LaBelle, Whitney Houston, Chick Corea, Herbie Hancock, Al Green, James Brown, Jerry Lee Lewis and Warren Zevon.) Later that decade, he composed the score for and co-produced the raved-about film The Tic Code. Starring Gregory Hines and Draper, who also wrote its original screenplay, The Tic Code was inspired by both Wolff’s love for jazz and his lifelong struggle with Tourette syndrome. He returned as a TV fixture in 2007, playing the zany but lovable dad on The Naked Brothers Band and co-producing the series’ soundtrack albums of his sons’ original music. 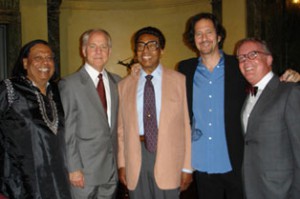 Today, Wolff is thrilled to be performing and recording again, having gone through a trying process of physical and mental rehabilitation. (For one three-week stretch, Wolff points out, he was unable to walk.) He’s reveling not only in the artistic triumph of Swirl and his new trio, but in his family’s continuing success as well. Draper recently wrote, directed and acted in Stella’s Last Weekend, starring Nat and Alex, which LA Weekly praised for “blending real-life family dynamics with a fictional narrative to create an achingly funny exploration of loss.” Alex has become a sought-after actor through his work in the horror phenomenon Hereditary, the Hollywood adventure Jumanji: Welcome to the Jungle and the critics’ favorite My Friend Dahmer. Nat has worked on more than a dozen films since 2016, following his performances in the much-lauded Paper Towns and The Fault in Our Stars. “When I got sick, it was tough on the whole family,” Wolff says. “My wife really had to take care of me, and it was hard on everybody. So now everybody’s flying free, which is great.

“It was a rough few years,” Wolff continues. “It was touch and go, and it changed my priorities. I love music and I just want it to be rich. I want to feel it from my heart. But I really realized that what’s so important is the people I love.”